Our skin is very good at hiding when it is being irritated. Therefore unfortunately, even when you do not see a reaction straight away, the damage is still occurring beneath the skin’s surface.

Irritation of the skin leads to problems down the line and speeds up  ageing, which is exactly what we want to avoid with skincare. Anything that disrupts the skin’s natural process, that is toxic, carcinogenic, or harmful in any way is doing harm to your skin and your body. As such Esoterance ensures that every single ingredient that goes into our products is meticulously researched to ensure that it is completely safe, for you as well as being environmentally-friendly. Here is a list of common cosmetic ingredients that Esoterance completely avoids and why:

Fragrances:
Fragrances added to skincare products are known to be a leading cause of contact dermatitis. They can be especially bad for people with sensitive skin or allergies. Fragrances can also have phototoxic reactions when exposed to sunlight. Fragrances can contain all sorts of unknown toxic chemicals and compounds without you knowing exactly what they are made of, and have been known to irritate skin, have toxic hormonal effects, and may even cause cancer. Limonene and linalool are two of the most common fragrances used in skincare, both of which oxidise when exposed to air which can lead to skin irritation, and both are also phototoxic.

Esoterance does not use any added fragrances, however we do use a preservative called Naticide, which legally we have to list it as “parfum” in our ingredients list. The reason we chose this preservative is because it ticks all our boxes, being broad spectrum, non-toxic, non-carcinogenic, non-irritating, and environmentally friendly as it is not derived from palm oil. Naticide is derived from almond trees, as such it has a light almond and vanilla scent which is imparted on our products.

Unfortunately, companies are not required to disclose exactly what fragrances are in their products, as such they can include any number of harmful and irritating ingredients as part of their fragrance and their product will only list “fragrance” as the ingredient. You can rest assured however, that our ingredients listing “Parfum” refers exclusively to the preservative Naticide.

Phthalates
Phthalates are used in cosmetics as lubricants/softeners. They are known to be endocrine and hormone disruptors linked to breast cancer and reproductive birth defects in males and females. Unfortunately, this is included in many “fragrances” so it is hard to detect in products, which again is also why Esoterance does not use any fragrances.

Silicone
Silicones superficially smooth over rough patches and lock in moisture. However, while they may temporarily make your skin look and feel good, this is only on superficial surface level because the silicon is literally coating your skin, and it does not provide any long-term health and improvement of your skin.

In fact, due to this effect, silicones act as a barrier which interferes with cell renewal, traps oil, dirt, and dead skin cells, leading to inflammation, worsening of the skin over time and potentially cause acne. This barrier also prevents you from being able to layer any other products on top as it prevents your skin from absorbing it.

Silicones are also hydrophobic, as such they can get stuck in your pores and be difficult to wash off without a cleansing routine.

Lastly, silicones are not eco-friendly, as they bioaccumulate once they’re rinsed down the drain, contributing to build-up sludge pollution in oceans and waterways, which takes hundreds of years to break down.

Look out for any number of silicones (there are a lot of them), including ingredients that end with “-cone” (eg. methicone), “-conol” (eg. Dimethiconol), “-silane” (eg. triethoxycaprylylsilane crosspolymer), and “-siloxane” (eg. Cyclopentasiloxane).

Petroleum/Mineral oil derivatives
Mineral oil is derived from refined petroleum. Due to the large molecular size of mineral oils, they do not get absorbed into the skin and just sit on the surface. Similar to silicones, this creates an illusion of smoothness of the skin, yet damages your skin in multiple ways. Firstly because mineral oil suffocates your skin, block your pores, inhibits exfoliation of dead skin cells and throws off your skin’s pH balance, which triggers inflammation, acne, damage your skin’s barrier and form dry patches.

Mineral oils being a petroleum derivative are also not eco-friendly, significantly contributing to greenhouse gases and climate change.

While mineral oil is typically used as treatment for dry skin, there are natural oils that impart greater benefits as well as help seal in moisture without the harmful effects when balanced appropriately along with other ingredients. These include grapeseed oil (which is found in our Esoterance Balance Moisturiser), coconut oil, shea butter, castor oil and avocado oil (which make up some of the ingredients in our Esoterance Rejuvenate Anti-Ageing Cream).

There are quite a number of petroleum derived ingredients such as paraffin wax, isopropyl, ingredients with “ethyl” in them and a bunch of others which will be detailed further in our blog.

Sodium Benzoate
Sodium Benzoate is one of the most common preservatives used in skin care. In this form it has been clinically shown to cause inflammation which accelerates ageing of the skin, as well as more worryingly, inflammation that promotes cancer development.

Phenoxyethanol
This preservative and formula stabiliser is made from petroleum. It is known to cause skin reactions and has a harmful effect on the nervous system. Even the commission on Health and Safety has deemed that this compound is only safe at levels of 1% or lower,  however this safety margin is only necessary for each individual product, and they stated that when using multiple products a day, or the same products daily, it can lead to overexposure or accumulation which leads to harm.

Parabens
Parabens are a preservative that can extend the shelf life of a product by years, which is why it’s quite popular. However, scientific studies on parabens suggest that parabens can disrupt hormones in the body and harm fertility and reproductive organs, affect birth outcomes, and increase the risk of cancer. They are also bad for the environment, and have even been found in marine mammals as it gets washed down into our water systems.

Drying Alcohols
Not all alcohols are bad, in fact there are some very good ones which help the skin, providing moisture and other benefits, which you will find in our products. However, there are also bad alcohols which include methanol, isopropyl alcohol, propanol, benzyl alcohol and sd alcohol (denatured alcohol) among others. These alcohols are highly drying and irritating to your skin, and may cause inflammation as they strip the skin of its natural protection. These harmful alcohols break down the skin’s barrier, destroying the substances that protects your skin’s health over then long term, leading to worsening of skin issues such as acne, and speeding up ageing.

PEG
Polyethylene Glycols (PEG) compounds are commonly used in cosmetics as thickeners and softeners. They also function as absorption enhancers which allows ingredients to be absorbed faster and into deeper parts of skin (which can be a very bad thing if the product contains harmful ingredients).  PEG compounds themselves show some evidence of genotoxicity, and if used on broken skin, they can cause irritation and systemic toxicity. Depending on the manufacturing process, PEGs may also be contaminated with measurable amounts of ethylene oxide and 1,4-dioxane, both of which are known carcinogens. In fact researchers found as many as 46% of products are contaminated. If this wasn’t bad enough already, PEGs can reduce the skin’s moisture levels and speed up skin ageing.

Sulfates
There are a lot of different types of sulfates, but the ones that are used most commonly are sodium lauryl sulfate (SLS) and sodium laureth sulfate (SLES). Sulfates are known to strip away valuable moisture and protective barriers, leading to irritation and speed up skin ageing, especially for people with sensitive or dry skin.

EDTA
EDTA is used as a preservative in skincare products, which comes in either Disodium or Trisodium EDTA. While EDTA itself is quite safe in skincare as it is quite a large particle, the problems with EDTA arise from a couple of other things. For starters EDTA is a penetration enhancer which disrupts the surface of skin cells so that other chemicals can get into your skin. So if a product you are using contains harmful ingredients, it is going to allow more of those harmful ingredients to penetrate your skin. This also means that it allows chemicals in your environment to penetrate more easily, such as chemicals that may be present in your shower water.

The other big problem is that EDTA behaves as a persistent substance in the environment, as it does not biodegrade easily, and we do not yet have the technology to remove it efficiently. This unfortunately means that EDTA contributes to heavy metals bioavailability and remobilization processes in the environment, which is a major concern. Especially because it can end up in drinking water and soil used for agriculture as consumption can cause kidney damage, dangerously low calcium levels, hormone disruption, and death.

Propylene Glycol
Propylene Glycol is derived from petroleum. The main concern is that it has been clinically shown to cause contact dermatitis in some people. Especially those with sensitive skin, eczema or other skin disorders. The other concern is that it is also a penetration enhancer, which may make your skin more prone to pollutants, which would otherwise not be able to penetrate your skin.

Hydroxyethylcellulose
Hydroxyethylcellulose is made by reacting ethylene oxide with alkali-cellulose, a process known as ethoxylation. Like PEG, the process of Ethoxylation creates small amounts of 1,4-dioxane as well as leave residual ethylene oxide in the product. Both 1,4-dioxane and ethylene oxide are carcinogenic, and penetrate readily into the skin. Skin contact with these chemicals can also cause redness, blistering, ulceration and allergic contact dermatitis. Manufacturing processes attempt to remove this, however studies found that as many a 46% of skincare products were found to be contaminated with these compounds. Unless every single batch is tested for contamination, it is impossible to know which products are contaminated, unless ingredients created with ethoxylation are  avoided entirely.

Palstic (Carbomers/Crosspolymers)
Yes it might be surprising, but a lot of cosmetic products contain plastic in them. While in their purest form they are not significantly harmful, as their particle size is too large to penetrate the skin, however the problem comes from the fact that they are derived from petrochemicals, and often polymerized in benzene. As such when used in skincare products, they often contaminate the product with harmful chemicals such as benzene, ethylene, and dioxane. The other problem with these of course is their environmental impact.
Look out for ingredients which these in their name: Carbomer, polyethylene, acrylates, alkyl acrylate crosspolymer, dimethicone crosspolymer etc.

Palm Oil and its derivatives
The palm oil industry is responsible for vast amounts of deforestation, habitat loss, killing of animals, as well as trafficking, slavery and forced labour of both adults and children. Investigations have uncovered that even certified palm oil is guilty of these, and often uncertified palm oil is sold as certified.

Unfortunately palm oil sneaks into cosmetics in so many ways, including active ingredients, emulsifiers and preservatives. For more information and a list of palm oil derived ingredients check out our article on palm oil.

Other ingredients we do not use:
Along with the previously mentioned ingredients, Esoterance also does not add formaldehyde, synthetic colours, dioxin, triciosan, diethanolamine, monoethanolamine, and triethanomlamine to any of our products. We ensure that all our products are of the highest safety.

We will be posting more detailed articles about some of these ingredients on our blog, so make sure to check them out! 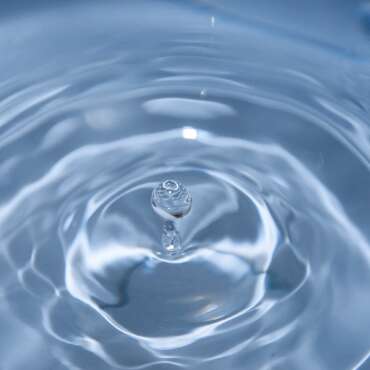 What you need to know about Silicone in Skincare Products 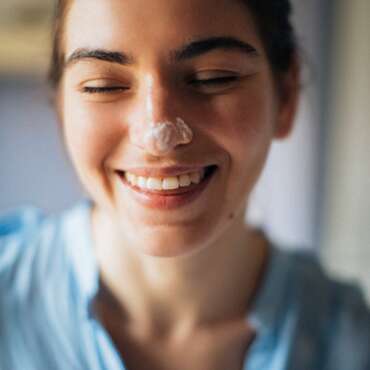 What Makes a Good Moisturiser?